The Basketball Season in Hindsight

Basketball season was a fun experience. We practiced hard, learning transition defense drills, footwork, and offensive plays. The team had fun (I think) traveling to different villages, getting to meet new people, and most importantly, playing basketball.

We first traveled to Kokhanok, where the North teams competed in the Kokhanok District Duel. Igiugig led the pack, going undefeated, in a jamboree that included a hard-fought battle with Nondalton.

Later in the season, Igiugig traveled to Naknek to play against the South teams. Igiugig once again went undefeated, playing Port Heiden and Perryville. There was also a retired NBA player, Neil Roberts, who led an instructional class in basketball, teaching us what dedication really means (a.k.a. He made us get up really early and work out butts off).

On March 9-11, the District Tournament was held in Igiugig. It was originally scheduled to be in Nondalton, but due to complications with their water system, the Tournament was switched to Igiugig. The No-See-Ums entered as the number one seed. They played against Nondalton Team A in the 1st round, won, and advanced to the 2nd round, where they played a game against Perryville, featuring a nailbiting first-half, and then an unclimactic second-half finish, as Igiugig pulled away to advance to the championship game. The No-See-Ums played Nondalton Team 1 for the championship. The first half was close due to some miraculous shooting by All-Tourney Warrior forward Clarence Harried. But Igiugig pulled away in the second half, bringing home an undefeated season and a first-place plaque.

On other business, both Keilan and Aiden Wassillie received All-Tourney honors, averaging 27 ppg (points per game) and 17 ppg. Kiara also go the good sportsmanship on and off the court, way to go Kiara! Coming off the bench, Walt Gooden averaged 16 ppg. Keilan also won the Boys’ District Three Point Contest. 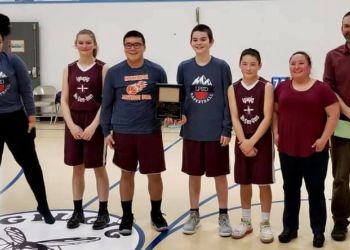 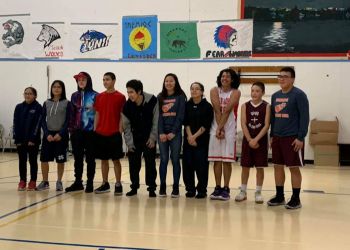 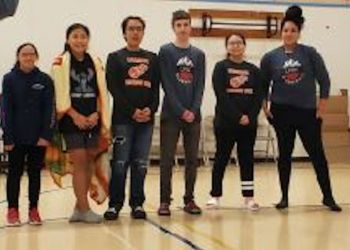